Is there any reason to dispute that the Dien of Agbor kingdom, His Royal Majesty, Dr. Benjamin Ikenchuku Keagborekuzi 1, is a man of peace? Or assert otherwise? Definitely not-now, and even in the nearest future as he (His Royal Majesty) had  personally told  the world that Agbor Kingdom under his watch has never oppressed anybody or community and he will not force people to do anything in his time.

Again, is there any evidence to prove that he is a lover of his people and the nation? Yes, in fact, Mountains of such confirmation abound.

Away from stating a while ago that he doesn’t know how any leader can be comfortable living in luxury while their people are suffering, the Dein of Peace in one of his interviews with national dailies thus stated; it has been extremely frustrating. This is an amazing country that has abundant mineral resources that God has blessed us with, but we are not making use of what we have. I find that very unfortunate,

‘I’m not one of those people who feel very comfortable when there are people around that are not doing fine. So, it has always been a problem for me over the last 19 years, seeing that the country is actually going backwards. We are not actually where we should be’; I can’t understand it at all; it has not been the best experience for me because as long as Nigerians are suffering, I’m suffering as well’.

Could the above statement be real? Are there practical instances that go beyond words to authenticate the claim by the revered monarch that he cannot sleep while his people are hungry?

Without fear of contradictions, the Ika Weekly Newspaper, owners of the most authoritative news platform in Ika land has intimidating records of such.

Going by the records of our publications, if there is any scenario in recent times that vividly did more than anything else to project His Majesty, Dr. Benjamin Keagborekuzi Ikenchuku I, as a leader with a proportionate mixture of sympathy and empathy,  it is his  donation of the sum of Two Hundred and Fifty Thousand Naira (#250,000), a bag of rice, and  cartons of noodles to the family of Mr. & Mrs. Obinna who had earlier appealed for financial assistance in taking care of their triplets in the Edition of IKA WEEKLY NEWSPAPER EDITION of Edition173.

The value of such gesture can only be appreciated more from the sincere comment credited to Mrs. Obinna who while praying for the king for the gesture ‘maintained that she would be forever grateful to the revered monarch, adding that Agbor people are lucky to have such a loving king, who has the welfare of his subjects at heart, whilst saying she is proud to be a subject of His Majesty.

Another case and most recent that comes to mind is His Royal Majesty’s (HRM) solidarity visit to Edike market in Agbor Delta State, to commiserate with the victims of, and encourage the chairman, Ika South Local Government Area, Hon. (Barr.), Victor Okoh over the collapsed portion of the market.

It was again recorded by our correspondent that during the visit, the revered royal father who was accompanied by some chiefs stated that he has come to encourage and support the chairman and condole with victims over the damage done by the heavy downpour, stating that it was a natural disaster.

A declaration that saw the Council Chairman declare that he is humbled by the Dein’s show of love and visits which happens to be the second time to the market in less than one month.

As the watchdog of the society, particularly in Ika nation, it is our responsibility to bring this form of feedbacks to you (His Royal Majesty) while informing you also that more work still need to be done as many of Ika Sons and daughters are waiting for your fatherly blessings in their various fields of endeavour.

Most important than the above, the Publisher, Editorial Board, entire management and staff of the Ika Weekly Newspapers, at this very moment join the faith of Mrs. Obinna and other of your sons and daughters to pray for your good health of mind and body, wisdom, knowledge and understanding in piloting the affairs of Ika land to greater peace and development. 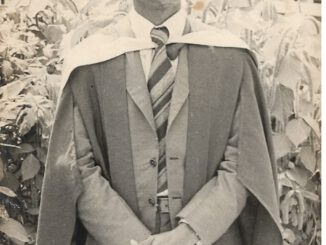 I LOVE TEACHING AND WOULD LOVE TO TEACH AGAIN – Prof. Obika (Ika Weekly) 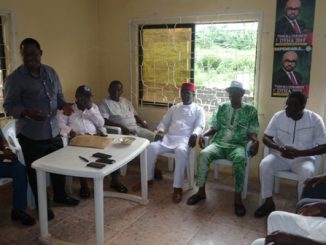 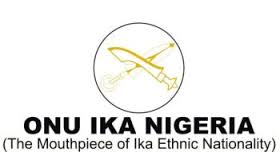