A former chairman,Ika South local government and founder,Future Vision Political Group,Hon Hilary Fada Ibude, has said that there is no third term bid for the member representing Ika Federal Constituency at the Green Chamber of the National Assembly, Hon Victor Nwokolo,saying that it is the turn of Ika South to produce the next House of Representatives member for the constituency come 2019.

Hon Ibude who spoke in an interview last weekend at Agbor pointed out that for the sake of peace and unity, Nwokolo should jettison his third term bid and support whoever is the choice of Ika South for the House of Representatives seat, adding that the federal lawmaker should not use his ambition to create disaffection between Governor Okowa and his people.

“I don’t know how to pretend. I love saying the truth no matter whose ox is gored. I am Fada Ibude, I am not a rich man but I am contended with God’s glory upon my life, my integrity matters to me. I don’t care how some persons will react to this interview, all I know and believe is that power belongs to the God almighty. My struggle is for our children who are leaders of tomorrow. Rather than contest for a third term, Nwokolo should sponsor someone from Ika South for the House of Representatives position and also ensure that nobody contest for the position in Ika North East. Politicians in Ika South, including me, are hungry but what differentiates everyone is the thirst and level of your hunger.

Nwokolo’s third term bid is giving room for mushroom political parties to come on board in Ika Land. It will be surprising if an unpopular political party wins the House of Representatives election in Ika Federal Constituency all because of one man. I am not in contention with anybody on the matter of financial capability but on integrity. Nwokolo should not allow detractors and political jobbers who, despite their gang ups, cannot get up to a thousand votes in any election.

In 2015, I was condemned and even asked to go to Ika North East local government and become their indigene, all because I supported Governor Okowa. Today, ninety percent of people who are around the governor for their selfish interest are now planning to drag him (Governor Okowa) down politically by supporting Nwokolo’s third term ambition.” 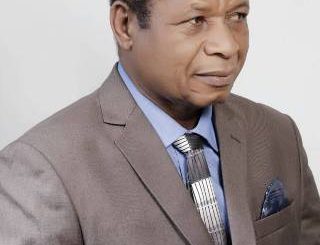