Speaking during the commissioning via virtual, the President Mr. Muhammadu Buhari thanked Nigerians for the support and prayers for his administration. He noted that he is excited to commission the Itakpe – Warri Rail Line Station in Owa – Oyibu/Agbor, saying that because there were a lot of hindrances during the process of construction, but to God be the glory, the project has been completed.

According to Mr. President,, “I congratulate Nigerians this day for new innovation. I use this medium to therefore say that this Rail Line project is Officially Commissioned for Commercial Operation”, he said.

In his speech, the Minister of Transportation, Rt. Hon. Chibuike Rotimi Amaechi, noted that 8 out of 10 Rail Line Stations in Nigeria are found in Niger Delta which is the South, including the one that was commissioned at Owa – Oyibu/Agbor in Delta State. He further disclosed that he decided to announce it in response of those people who say that Buhari is not working in the South – South region.

Continuing, the Honorable Minister emphasized that the Itakpe – Warri Rail Line, the President commissioned on that fateful day, started in 1987, 33 years ago during the Military era, but underwent some setbacks and prolonged abandonment. He also stated that his joy is that the project has been completed and commissioned to commerce commercial operations. He therefore appreciated the unrelenting supports of the President and prayed God to continue to strengthen him to enable him do more.

In addition, the Minister said that the project was conceived 33 years ago from Itakpe to Ajeokuta Steel Mill, Warri in the South – South Zone of the nation, Nigeria by the contract award in 1991 for extension. He the project suffered some setbacks even as he federal Government made effort to transfer the project from the Ministry of Miles and Power in June 1996 as a result of her decision to transform Itakpe –Ajeokuta, Warri Rail Lines, to Nigeria Railway Central line and assign it to multi functional roads. He said the Rail Line also suffered setback in the area of facilities canalization as well as abandonment of project and so on.

According to him, “The entire project in 2015, we met in the State pf decays, following abandonment of infrastructure and activities on sites. With the readiness to complete the project, the federal Government, in August 2017, approved the contract of the re construction of 54 Km. of the Itakpe – Ajeokuta section of the Rail line, costing of 12 ultra modern stations build blocks, of the Itakpe station which was awarded to CCECC ; Jiang Yigao. The Government in the same vein approved the construction of other structures which include the Administrative blocks, Communication Towers, Clinic, Bridges and other infrastructures”.

Continuing, he said, “Today, we are looking at brand new mode, fully fitted and functional Railway station of 326 K.M in Owa Oyibu/Agbor. The Federal Government is also making frantic efforts of constructing the Itakpe – Warri Rail Line the current one in Abuja, Baro, Lokoja to the central line. We are also looking at a means to extend it to the seaport in Warri . On this process, we are currently in negotiations with the C.C.E.C.C Ltd for the commencement,” Amaechi said.

On his part, the Executive Governor of Delta State, Sen. Ifeanyi Okowa commended the federal Government for their effort in providing the Rail Line in Owa -Oyibo and Delta State in general. He specially thanked the President and the Honourable Minister of Transportation for the total commitment towards the growth and development of the nation. The Governor is optimistic that the Itakpe – Warri Rail Line will help boost the socio – economic activities in Ika nation and Nigeria as a nation.

Continuing, the Governor described the minister is a true son of the Niger Delta and Political Leader with a difference. He stressed that the Rail Line was conceived in 1987 under the regime of Gen. Ibrahim Babanggida but received full and serious attentions during the current democratic dispensation, beginning from that of former President Olusegun Obasanjo and today, it has finally come to pass. The Governor also said that he is happy because the Rail Line was name after for President, Goodluck Ebere Jonathan in recognition of his good works. He concluded by informing the public that, he has had some official discussion with the Minister of Transportation and he promised to embark on construction of more Rail Lines in Delta State before his tenure elapses.

The Executive General of Edo State Mr. Godwin Obaseki while addressing the gathering said, he is the happiest person to join the President to officially commission the project. He congratulated the Federal Government and he urged Government to extend the same Rail Line to Benin City so that the development will go round.

Others who were given opportunities to speaking including the Managing Director, CCECC, Nig Ltd. Jiang Yigoa and the Executive Director, Julius Berger Company, Alhaji Zubairu Ibrahim Bayi in their separate remarks, he thanked the Federal Government for the good works and promise to ensure, the Rail Line is maintained and properly used. 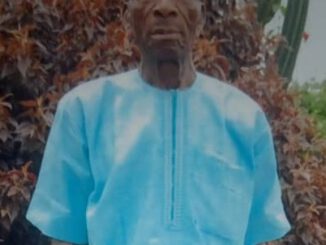 ALL WE WANT IS JUSTICE – Family of Slain Osafile 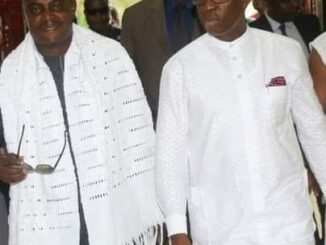 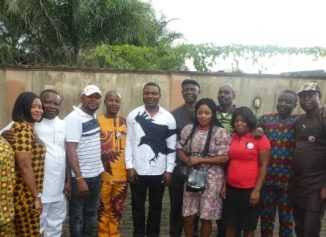