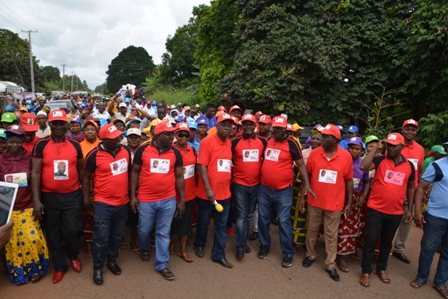 In continuation of the prayer tour organised for Governor Ifeanyi Okowa, The Bridge Builders, a pressure group whose agenda is to promote the good work of the governor   in Ika South stormed Agbor-Nta Community zone on Monday 14th May 2018.

In his address, the Chairman of the group, Hon. Chucks Emuebie   intimating people of Agbor Community on the activities of the group stated that the group was established to bridge the information gap between the government and the masses who were not properly informed on the activities, unit and mend fences of aggrieved members of the PDP, poach members of the opposition party to PDP, ensure the reelection of Governor Ifeanyi Okowa through prayers and massive mobilization, amongst other functions.

Affirming that they have achieved so much since the inception of the group last year, he appreciated members of the group for their dedication and steadfastness in ensuring that they achieve their optimum goal. He said there is need to be thankful, looking at where they started from, where they are today, how far they have grown numerically, and how many persons have come back to the party through the group.

He disclosed that the group decided to embark on a monthly prayer round communities in Ika South which was grouped into five zones. He urged members to remain steadfast and resolute saying that whatever is committed into the hands of Gods is secure; hence Governor Okowa’s reelection is secure. He said the governor has done so much, and so much more will be done in his 2nd term in office.

Speaking on the achievements of governor Okowa, the Convener, Mr. Peter Idion, Special Assistant to the Governor on Community Relations, he said the road construction, traffic lights along old Lagos Asaba road, Hospitals, job creation amongst other many achievements of the governor speak volume, disclosing that Okowa is a marketable product.

As it is becoming a usual routine of harvesting members of the opposition part on a daily basis, he introduced another returnee from the opposition party, Mr. Kainji Aluge Obia, who expressed satisfaction at the peace and unity in the group.

Another addition to the group, chief Ndidi Aghulor, Igwe of Ileke Kingdom, Abulegba, Lagos, an Agbor man from ward  8 said he is ready to give his 100% support to ensure governor Ifeanyi Okowa goes back for a 2nd tenure, stressing that the governor has done so much for his people and hence deserves maximum support.

On his part, Hon. Fred Ofume, encouraged members of the group to prepare their voter’s card to vote the governor, and also mobilize those around them to do same. He averred that the governor will continue the good works he has started across the local government when he is reelected in 2019.

Others, who spoke in their separate remarks, thanked the leadership of the group for their cohesion and acceptance of members, irrespective of tribe or religion. 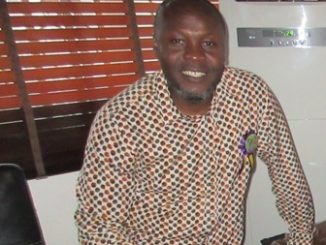 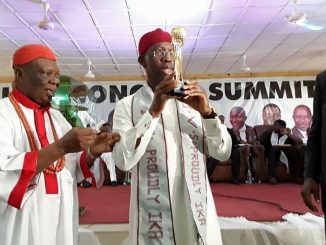 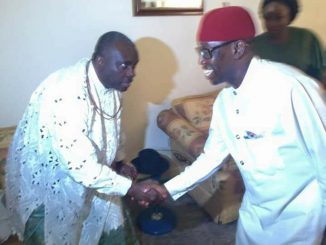